With the NFL labor situation resolved and the regular season scheduled to start on time, league and team sponsors, media advertisers and the networks all took a collective sigh of relief.  When looking at the media landscape alone, most advertisers didn’t seem to be overly concerned or hedged their bets by purchasing the majority of inventory available on NFL broadcast partner networks (e.g. FOX, NBC, CBS) who are all on pace or ahead of previous years’ sales.

The billion dollar fantasy business should also go unscathed.  At the end of the day, most people knew we would have football this fall.  However, if you are an NBA league or team sponsor, the outcome may be far different.  The gap between the league and the players seems far wider and the likelihood of a work stoppage much more likely.  Of course the real pressure for the two sides to find a compromise will not happen until we get closer to the training camp.  Until then, sponsors must decide what to do.

If you are heavily vested in the NBA on the league or team level such as KIA Motors or T-Mobile, then missed games could create a significant void in your marketing plans.  Even more so, if your company relies heavily on the holiday shopping season where the start of the NBA season provides a key platform during Nov/Dec.

Those who wait may not have enough time to prepare.  If you move forward and plan as if there will be a full season, when games are canceled you may be left out in the cold when trying to shift resources towards other opportunities as inventory will be scarce.  Both of these scenarios will certainly cause some angst with marketing executives and their agencies.  Meanwhile, teams are trying to go about their business as usual working on renewals and new business.  For long time partners, there is equity established and hopefully a trust to stick things out as this dispute will inevitably be resolved.  New companies may be more reluctant to get involved and feel like sitting on the sidelines until the dust settles.  In any case, business must go on so it makes sense to form a plan A and a plan B.

If you are vested in basketball and in the middle of multi-year commitments, then it makes sense to plan as if the season will begin on time.  Have creative and activation plans in the can ready to go.  In the case of missed games, most media partners will find something else for you or provide a credit to be used at a later date.   If you can focus the activation plans towards the second half of the season, then you will still be okay if the first couple of months are canceled.  Work with the properties on contingencies and creative solutions to still accomplish business objectives. 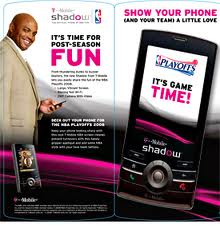 If the holidays are a key sales period, then you may want to lock in other assets to reach your target consumer.  If games are canceled, you will still have a presence in the marketplace.  If the season starts on time, you will essentially be doubling down.  You may need to reallocate some of your budget, but this is a risk worth taking rather than take the chance of being quiet during the holidays.

Of course the risk of lost games will scare many newcomers away for now and those sponsors who are in renewal years may take pause before resigning.  There are plenty of other options out there (for the fans as well), which is why the league and the players should be motivated to find a resolution sooner rather than later.  For those who are willing to roll the dice, it should be a buyer’s market.  This may be an opportunity to gain a stronger foothold and secure assets that were previously unavailable.  Eventually there will be a resolution and the NBA will go on.