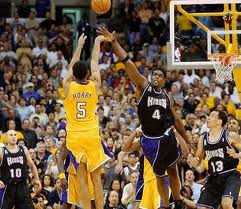 Like many people in the sports industry I am very blessed (and jaded) to have experienced some amazing sporting events in my life.   I witnessed Robert Horry’s game winning shot at the buzzer to beat the Kings in game 4 of the Western Conference Finals after being down 24 points.  I’ve attended numerous MLB All-Star games, playoffs and opening days topped off by game 1 of the 1988 World Series where Kirk Gibson from the Dodgers hit his legendary home run off the A’s Dennis Eckersley.  After watching March Madness, I started thinking about all of the sporting events I want to go to with my son.  Some of which I’ve already attended, but many will be my first time too.  He is only 3 now so I’ve got some time, but it is never too early to start planning.  Here is my sports bucket list.  I’m sure I may have missed something so let me know what’s on your list.