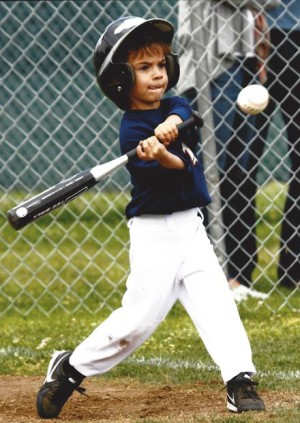 I recently completed another season of coaching my son’s (5) Little League team.  This year we did Coach Pitch so we threw to them and hoped they made contact.  Then prayed no one took a line drive to the face while daydreaming in the field.  Each week we practiced between 4 and 5 PM on Thursdays at the Bad News Bears Field (real name) near Westwood.  Like clockwork, each week at 4:40 the same ice cream truck pulled up next to the field playing the familiar music embedded in our minds from childhood.  Our already less than focused kids immediately went into a trance and locked in on that damn truck.  Then without exception, as we left practice and walked past the truck my son asked if he could get some ice cream.  Each time I gave the same response and said no.  This always followed by a “why not?” from my son and then my answer “it’s dinner time so we can’t get ice cream before dinner”.  This went on for 10 weeks straight.

This weekly exchange led me to thinking about the lessons we can learn from kids about negotiating.  Here are the top 5…