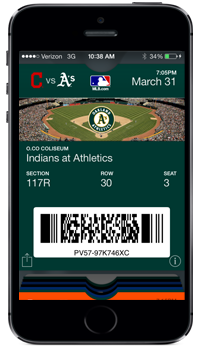 With the new baseball season upon us hope is in the air.  Everyone is in first place for at least one day.  MLB hopes to surpass last season’s total of 73.74 million tickets sold across the 30 clubs.  The Dodgers just announced they are already at the 3 million mark before the first pitch is even thrown.  With the ultimate goal of selling more tickets and connecting with fans, baseball along with other sports and entertainment properties are shifting the focus almost entirely to mobile.  Most marketers know by now how important it is to take a mobile first approach based on the proliferation of smartphones and tablets.  The ‘Second Screen’ is essentially the first screen for many.  When it comes to sports and entertainment, it is the first, middle and last.

To keep up with consumers, many pro teams are transitioning away from printed tickets altogether.  The Chicago Bulls dropped printed tickets last year and the San Francisco 49ers plan to do so heading into next season.  Last season the 49ers said only 13% of their fans used actual hard tickets, 50% printed their tickets at home and the rest used their mobile device.  MLB Advanced Media reported 80% of single game tickets were delivered digitally in 2014 compared to 50% in 2011.  At least four MLB teams dropped hard tickets altogether heading into the 2015 season.  This transition isn’t going without any resistance as many fans look at traditional tickets as a keepsake.  The hope is they will eventually see how mobile tickets provide more convenience, are easier to transfer and offer less fraud. 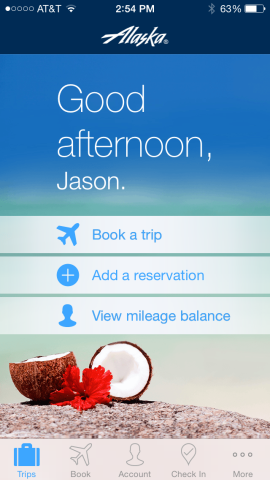 When the airline industry shifted from printed tickets to print at home and mobile boarding passes the adoption didn’t happen overnight.  According to a recent eMarketer article, in 2015 the airline industry is projecting 750 million boarding passes delivered via mobile phones worldwide (about one third) with the number growing to 1.5 billion by 2019.  Only 13% actually booked their travel with their smartphone.  However, nearly half of millennial smartphone owners made travel purchases and reservations via mobile.  According to a recent IAB study by Decision Fuel, 80% of concert goers use their mobile device to plan for an event with 37% buying their ticket via mobile.  30% of moviegoers use mobile tickets now with 87% doing research for the movie via mobile.

Mobile ticketing is just one part of the equation when it comes to sports and entertainment properties.  Dedicated content, live streaming, social engagement, in seat food ordering, merchandise sales and fantasy updates are all part of the fan experience. Whether you are in ticketing, marketing, sponsorship, PR or operations, mobile is now all encompassing and serves as the conduit tying it all together.  Over this recent Spring Break I went on a family ski trip.  We used the iPhone Maps app to get everywhere while driving.  We then purchased our lift tickets on the iPhone, attended a NBA  game using mobile tickets, checked into our flight and paid for our luggage, then used mobile boarding passes and while in line to actually board the plane purchased movie tickets for the following day back home.  Of course our son also played games, watched videos and texted pictures to his grandparents in-between.