More than just a bobblehead…

After all of these years, bobbleheads still sell tickets.  Fans also enjoy a nice T-shirt or hat and everyone loves fireworks.  In addition to helping put butts in seats, these promotional giveaways can be good assets for sponsors to own.  On the surface, it’s a simple win-win for everyone.  However, there is so much more you can do to bring this to life besides just slapping a logo on a box and tagging some radio drop-ins.  Here are some examples of how our client Alaska Airlines makes the most of these opportunities. 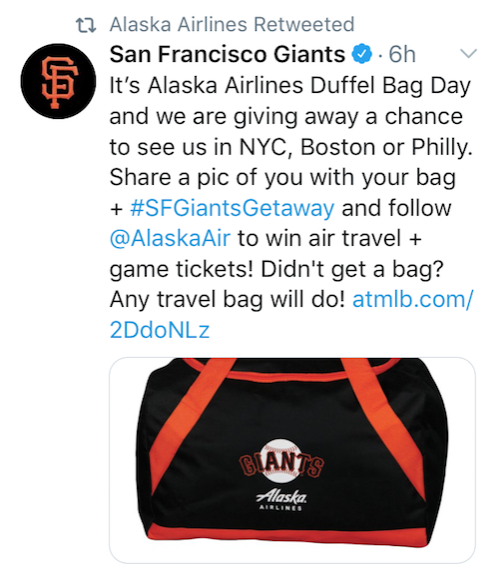 This past April, Alaska Airlines sponsored the SF Giants Duffle Bag giveaway at Oracle Park.  In the weeks leading up to the game, Alaska and the Giants informed the fans about a “Golden Ticket” promotion where ten lucky fans received a travel voucher inside the duffle bags for a trip for two anywhere Alaska flies.  On game day, the Giants showcased one of the winners on the video board during an inning break with a live feature.

Fans were also encouraged to post a picture with their new bag (or any travel bag for fans not at the ballpark) with #SFGiantsGetaway and follow @AlaskaAir to win a trip to see the Giants play in NY, Boston or Philly later in the season, helping highlight Alaska’s transcontinental flights from the Bay Area. 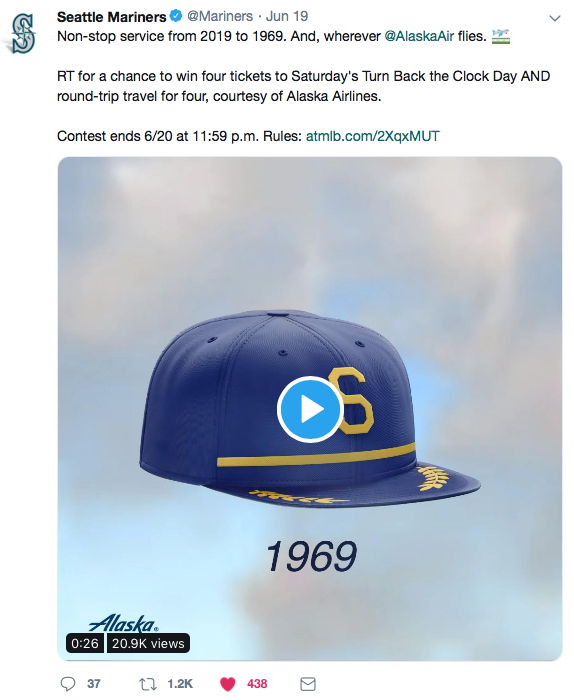 To celebrate the 50thAnniversary of the Seattle Pilots one and only season in Seattle, the Mariners hosted ‘Turn Back the Clock’ where fans received a Seattle Pilots hat presented by Alaska Airlines.  Alaska collaborated with the Mariners to create an animated video showcasing all the different Mariners hats throughout their history starting with the most current and traveling back in time to the Pilots hat from 1969.  The Mariners tweeted the video asking fans to retweet to win 4 VIP tickets to the game and travel to the Alaska Airlines destination of their choice.

On game day, the Mariners recognized 20 actual Alaska pilots during pregame ceremonies along with a first pitch.  Later in the game 6 of the pilots participated in an old school airplane race on the field.  Alaska and the Mariners also worked together to create a fun video featuring an Alaska pilot and Mariners player in his Seattle Pilots uniform used across multiple channels. 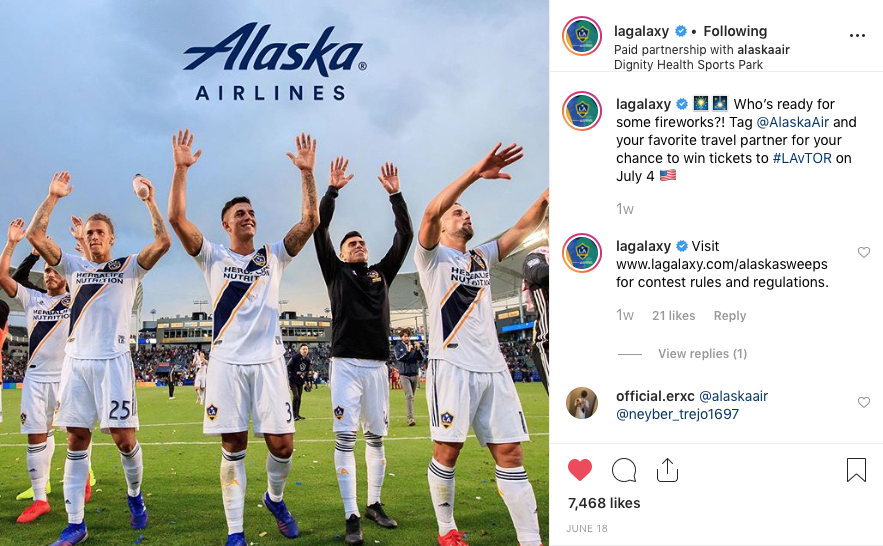 To support Alaska’s sponsorship of the 4thof July fireworks game, the LA Galaxy ran an Instagram contest asking fans to comment to win and tag their favorite travel partner. Three winners received VIP tickets to the July 4th game and a chance to participate in an Alaska branded halftime contest featuring three different destinations.  The grand prize is a trip to see the Galaxy play in Washington D.C. later this season.

To further help build awareness of Alaska’s East coast destinations (and Hawaii), the first 12,500 fans in attendance will receive a Buy One, Get One travel voucher.  Talk about a bang for your buck: a game, fireworks and free travel!