Normally October brings the start of the new NBA and NHL seasons. We are in the heart of college football and the NFL is humming along. The golf majors are in the rearview mirror, but not this year. This is 2020, a year like no other! This fall we are in the midst of the NBA finals, Big Ten and Pac 12 football will hopefully be getting underway in the next month, and the Masters will be in mid November. As the new sports landscape continues to evolve, the effect and impact on 2021 will be significant. 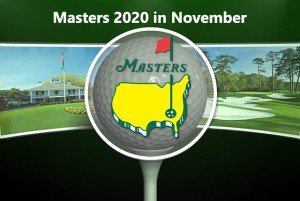 There is still so much uncertainty. Will the NFL make it through the season?  What does college basketball look like? When will the new NBA and NHL seasons start? Will more cities begin to allow fans in attendance or will things tighten back up again?

Leagues, teams and promoters hope and plan for fans to return next year, but to what extent is completely up in the air. There is so much revenue on the line with limited or no fans in attendance.  So much has already been lost. Most have done an admirable job adapting in the short term, but now it’s time to look ahead to 2021.

For the most part sponsorships are predicated on fans in attendance.  However, the overwhelming number of fans for any given team may never actually attend a game in person under normal circumstances. Staples Center holds roughly 19,000 fans for a sold out Lakers game. In any given year, the Lakers will host roughly 780,000 fans during a regular season while the Lakers fan base is in the millions worldwide.  The Lakers share over 46 million followers on FB, IG and Twitter alone. This is where the focus should be.

Sponsors need to reach and impact fans in a positive way regardless of where they are. The NBA bubble offered a great example with the ‘Michelob Ultra Courtside’ virtual fans in partnership with Microsoft. This helped bring fans closer to the game while providing energy and atmosphere for the players. This was limited to 320 fans per game, but could be expanded. Many teams used this as a way to reward their season ticket holders and Michelob Ultra created a Finals sweepstakes. It was also a fun way for the NBA to bring in celebrities, former players and super fans into the broadcast. 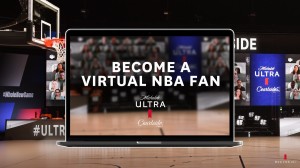 If sponsors continue to look for ways to enhance the experience and bring value in the form of compelling content, fun promotions, and special access, then we can make a positive impact in 2021. Having a presence during the broadcast will help too, if this can be part of the overall mix. Flexibility and creativity from the properties will be essential. Ultimately, sponsorship will play a crucial role in getting business back on track.