If this rings a bell, then you may be an 80’s kid and getting old like me. These are lyrics from ‘La Di Da Di’ by Slick Rick, featuring Doug E. Fresh (1985). If you are young and active on TikTok or already using it to help market your brand, team, or company, then you are way ahead of the game.

A friend recently created and launched a golf accessory product with his three teenage sons. To my surprise, they sold over 100,000 units in a relatively short period of time. When I asked how they are marketing it, they said solely on Social Media with TikTok as the main platform. I skeptically asked, “how many golf enthusiasts are using TikTok?” to which they said enough young people who showed their parents who bought 100,000 units. And I’m supposed to be the professional marketer… Another friend’s nine-year-old daughter recently attended a TikTok camp, which sounds like a very LA thing to do. Nonetheless, I think I may need to hire her as our new Senior Director of Social Media.

In the never-ending quest to reach younger consumers and build brand loyalty, properties and sponsors alike are trying to find ways to utilize these hot platforms. For us 80’s kids who are finally getting a grasp on Twitter and Instagram, it’s hard to keep up. As young people continue to consume less and less traditional media, this is essential for growth.

Research by digital safety app company Qustodio revealed children between the ages of 4 and 15 now spend an average of 80 minutes per day on TikTok, closing in quickly on the 85 minutes per day spent on YouTube. The research covered children based in the US, UK and Spain, with 60,000 families polled between February 2019 and April 2020. TikTok currently has over 100 million active users in the U.S. alone. 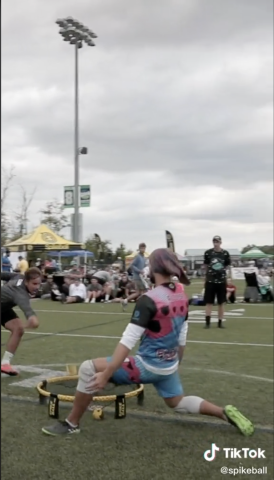 Looking at some of the sports leagues, the numbers are also impressive. The NBA is at 12.8MM followers, NFL with 6.4MM and MLB with 3MM. The Indianapolis Colts mascot @Blue has 2.5 million followers and routinely gets 100k+ views topping out in the millions for certain posts where he apparently likes to surprise people with the old pie in the face prank. There are also sports like Spikeball with 774k+ followers, 14 million likes and over 100 million views.

Last Summer Mastercard launched the #PricelessWave Challenge to support the UEFA Champions league two-week tournament by asking fans to celebrate their passion and record themselves doing the wave, which resulted in over 2 Billion views. This included digital features and music to enhance the experience and was amplified across other social platforms like Facebook and Instagram. 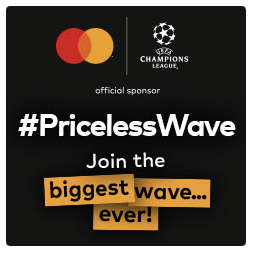 TikTok is the place to keep things light, humorous, and entertaining. TikTok’s advice to brands is “Don’t make Ads, Make TikToks…” or in other words be so creative you can’t tell it’s an ad. You can tell brands like Chipotle (1.6MM followers & 30MM likes) get it with their clever profile, which states “Less Tok, More Guac”. TikTok allows brands to visually tell a short story and then enables users to build on it. If you create something compelling, organic, and valuable, then users will take ownership, contribute, and help it go viral. It’s key for it to not feel too polished. 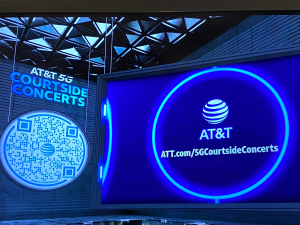 As almost every sports team and entertainment venue along with restaurants, retailers, airlines, etc. are going totally mobile with contactless payment for tickets, concessions, and content, QR codes which seemed to be a thing of the past are now popping up everywhere from TV broadcasts to seatbacks to restaurant tables used to access menus. If you are watching the NBA playoffs, you may have seen Michelob Ultra’s QR code which linked to a Courtside sweepstakes to win playoff tickets and swag. You may have also seen AT&T’s 5G Courtside Concerts QR code, which provided access to exclusive concert performances from a variety of artists like 2 Chainz, Big Sean, and Chika featuring unique visuals on completely virtual stages. The pandemic has accelerated the use of QR codes for hygiene while today’s mobile devices make it much easier compared to when it first arrived, which usually required the user to first downland an app to access. 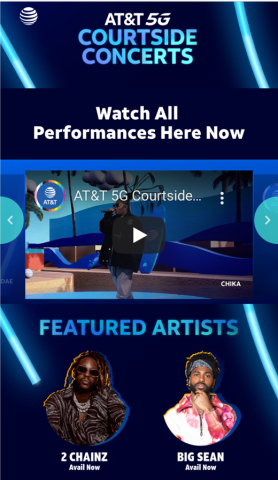 I recently attended a baseball game with my son (12 year’s old) and his twelve teammates. At one point I looked over and all thirteen boys were on their phones. I’m sure I sound like the “get off my lawn” guy by now, but it still seemed crazy to me. The mobile device is now essential whether you like it or not. There is no point in fighting it. So why not dive in headfirst. Don’t be afraid. It’s okay to ask for help. There will certainly be some trial and error, knowing as soon as we figure it out the next three things will be here.